It's here!  The moment I have been waiting for slash TOTALLY DREADING.  When the bell rings today, the kids will be aaaallll mine for 3 whole months!

Dorothy and I have had a wonderful week this week.  Because I have been so bummed about getting older and not having any more babies, I have been really conscious that this was my last week home with a preschooler, and we've settled into such a sweet little routine.  Also, she has become a really helpful shopper, so that's a thing. 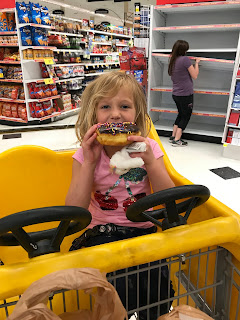 During one of our seven thousand trips to Target this week, we stopped by the dollar spot, and Dorothy scored this towel and goggles, which she immediately used to play indoor beach. 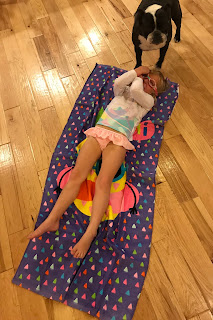 She also helped me rustle up a kindergarten end-of-year party that was... less than as awesome as our other class parties.  I made my usual ice cream cone cupcakes, and we had balls and balloons and bubbles, and chalk but the kids were not engaged I think because it's TRANSITION TIME, and transitions are hard. 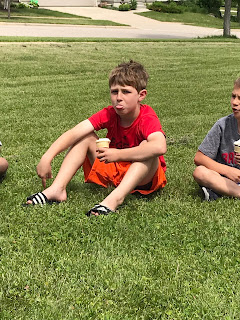 Dorothy joined right in with all the big kids because, you know, she's a big kid now. 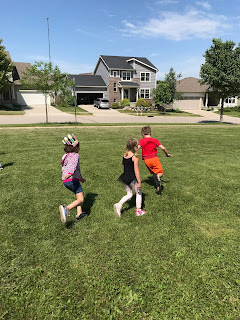 What I love love love is that we could see our house the whole time we were outside playing.  I remember taking Harry to tour his new school 2 kids ago and looking the little neighborhood surrounding it and wanting to live there so badly.  And now we do! 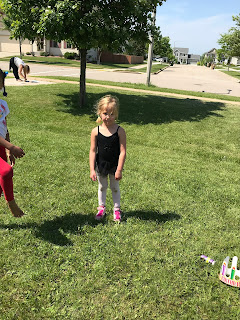 Yesterday was the elementary school picnic and also a day where all I fed my kids basically all day was Subway because we also had a baseball double freaking header.  Hashtag LIVING THE DREAM. 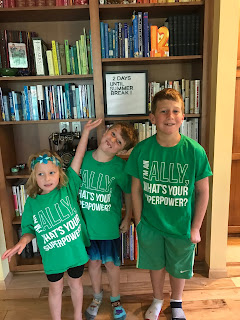 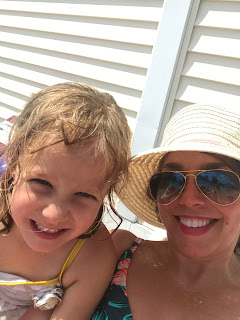 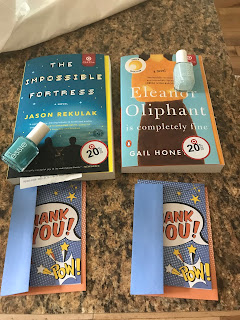 I have no context for the book pic but I really hope they’re teacher gifts because that’s perfect!