WHY would anyone ever go to a store ever again?  I ordered Dorothy a pair of shoes on Saturday.  They showed up on Monday but were too small.  Zappos sent me a new pair (that I ordered on MONDAY NIGHT) before she got home from school on Tuesday.  And?  The whole thing was supported by completely free shipping and I had to front exactly ZERO extra dollars for the exchange. I MEAN.

In other news, Ben took Harry and Jack to Monday's Cubs game at Wrigley.  Even though the Cubs lost, these guys were big winners because they got to trade their perfectly fine seats on the terrace for THIRD ROW SEATS ON THE FIELD right behind first base thanks to an awesome stranger. 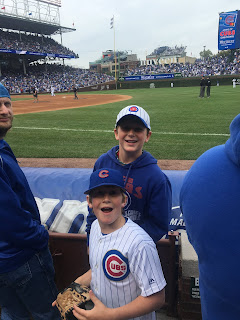 Jack got a foul ball, and Anthony Rizzo tossed a ball to Harry, and they met really nice drunk fans who heckled all the players.  (Ben said Harry tried to get a harasser-shaming chant going for Heder (a la Melissa McCarthy in Life of the Party when she adds "and equal pay for equal work" to a drinking cheer., I like to imagine)). 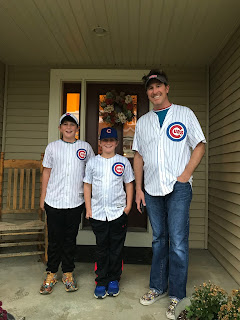 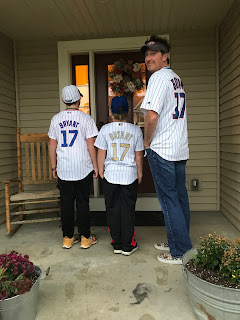 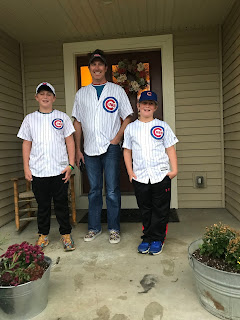 Meanwhile, I cut my day short to pick up Cooper and Dorothy and take them to the doctor for flu shots and a check up.  In a total departure from his usual lie-to-the-children-about-unpleasant-things approach to fatherhood, Ben TOLD THEM about the flu shots at Sunday dinner, and they were basically worried for like 20 hours.  But when we got to the doc, the robot receptionist had no record of our appointment,  And the flesh and blood surly receptionist whom I went to after the robot failed me was all, "Don't you remember that we called you to reschedule and you made new appointments in November?" And I looked at her and then at me in my work clothes and at my 2 scraggly kids and was like, "Clearly not."

And then!  They got to come with me to my Monday meeting.  ALWAYS SO FUN. 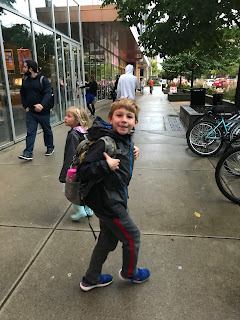 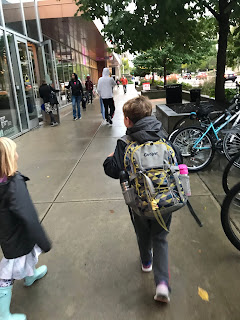 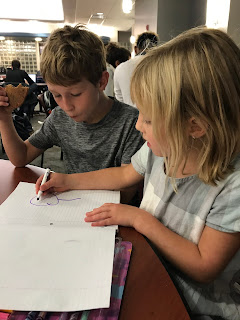 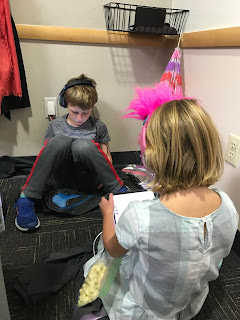 Ben and the boy had the best day ever, and I had the Monday-est case of the Mondays around.  The week can only get better, right? (For me-- for them it can only get worse BWAHAHAHAHA).
Posted by Sarah at 6:00 AM